Wondering why IAMAG Master Classes is now known as one of the most important event in Europe for all artists working in the movie and game industry?

Let’s discover the already unveiled artists, and the stellar lineup will probably gives you an answer!

Doug Chiang, the Academy Award-winning artist, author, and production designer, began his career as a stop motion animator on the TV series Pee Wee’s Playhouse. In 1995, George Lucas personally selected Chiang to serve as Head of the Lucasfilm art department for seven years on Star Wars: Episodes I and II. He left Lucasfilm in 2002 to form his own 35-person design studio, IceBlink Studios, and worked for Steven Spielberg on War of the Worlds.

In 2006, Chiang partnered with the Walt Disney Company and Robert Zemeckis to form ImageMovers Digital, a new film studio built on the foundation of IceBlink Studios. As Executive Vice President, Chiang grew the company to a core staff of more than 500 employees and oversaw its daily operations until 2011. Additionally, he served as Production Designer for Robert Zemeckis on The Polar Express, Beowulf, Disney’s A Christmas Carol, Mars Needs Moms, and The Yellow Submarine.

Chiang returned to Lucasfilm in 2013 to work on Star Wars: The Force Awakens and currently serves as Lucasfilm’s Vice President and Executive Creative Director. With over twenty years of Star Wars design expertise, he oversees designs for all new Star Wars franchise developments including films, theme parks, games, and new media. He recently served as Production Designer on Rogue One, A Star Wars Story.

Dylan Cole is a production designer working in the entertainment industry. Since graduating from UCLA in 2001, he has contributed art to over 60 films. Notable credits include Senior Matte Painter on Return of the King, Concept Art Director on Avatar, and Production Designer for Maleficent.
Currently, Dylan is co-production designer on the four Avatar sequels.

Sparth has contributed to the development of several released games since 1997. Alone in the dark 4 (2001), Cold Fear (2005), Prince of Persia – Warrior Within (2004), and Rage, a project still in developement at IDsoftware, and has participated with Darkworks-Studio, to a lot of game projects in collaboration with large companies like Capcom and Namco.

In 2003, he decided to leave Paris for Montreal in order to join Ubisoft on their ongoing projects, Prince of Persia Warrior Within, as well as Assassin’s Creed. he left Montreal for Texas in october 2005, where he spent more than three years working for IDsoftware in Dallas. finally, in january 2009, he joined Microsoft to participate to the future HALO adventures.

Sparth has also been having an enjoying career illustrating book covers. His images have been actively chosen by publishers to adorn the covers of multiple french and english authors.

Born and raised on the Big Island of Hawaii, Kekai has always had a passion for art. Finding the sunshine and beautiful scenery distracting, he moved to dreary Seattle in 2000 to attend art school. After graduating, he proceeded to attempt a career at doing art.

The first meaningful step was getting a job at ArenaNet, the makers of the Guild Wars franchise as a texture artist. Through hard work and more than a little luck, he was able to become a concept artist. With even more hard work and little more luck Kekai was to branch out into illustration work where he was able to do book covers and even a few Magic the Gathering cards.

Kekai still lives in Seattle. After 5 years as Lead Concept Artist on Guild Wars 2 and 8+ years total at ArenaNet, Kekai has left to go look for new endeavors. Over the years, Kekai has made stops at places such as Bungie and Monolith, working on titles like Destiny and Mordor Shadow of War. Kekai enjoys traveling the world and doing workshops demonstrating his process and thoughts about art.

Mike Azevedo is an illustrator and concept artist, has worked with clients such as Riot Games, Blizzard, Valve, Guerrilla Games and others, is the founder of Mar Studio, an outsourcing studio based in São Paulo, Brazil 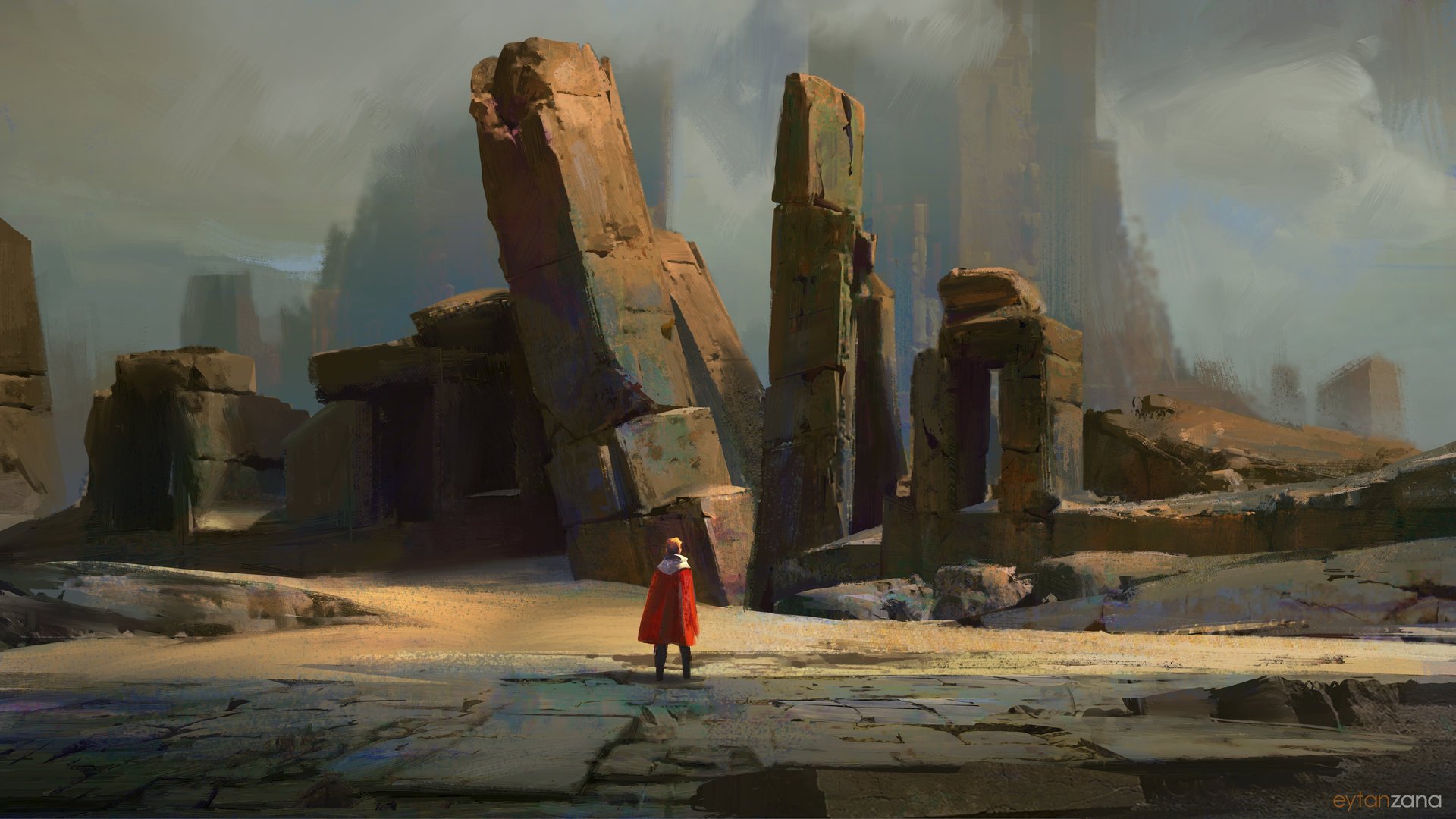 Eytan Zana is a concept artist at Naughty Dog. Specializing in environment design, Eytan has contributed on The Last of Us and the Uncharted series for nearly a decade.  When not working, Eytan enjoys digital plein-air painting and traveling abroad..

Mike Hill has been working in the film and games industry for over ten years as a concept artist, level designer, creative director and IP consultant. Co-founder and ex Managing Director of the Emmy Award Winning « Karakter Design Studio », Mike’s career has taken him through some of the world’s biggest titles from Call of Duty Infinite Warfare and Horizon Zero Dawn to films such as « Blade Runner 2049 », HBO’s « Game of Thrones », Netflix « Love, Death and Robots » aswell as Denis Vileneuve’s upcoming « Dune » feature film.

In 2014 he left his managerial responsibilities at Karakter to pursue his own interests – including film design, psychology, mythology and story theory and now spends much of his time creating educational seminars on the subject of cinematic storytelling.

When not creating lectures Mike provides creative consultation for studios such as Netflix, Warner Bros and Sony 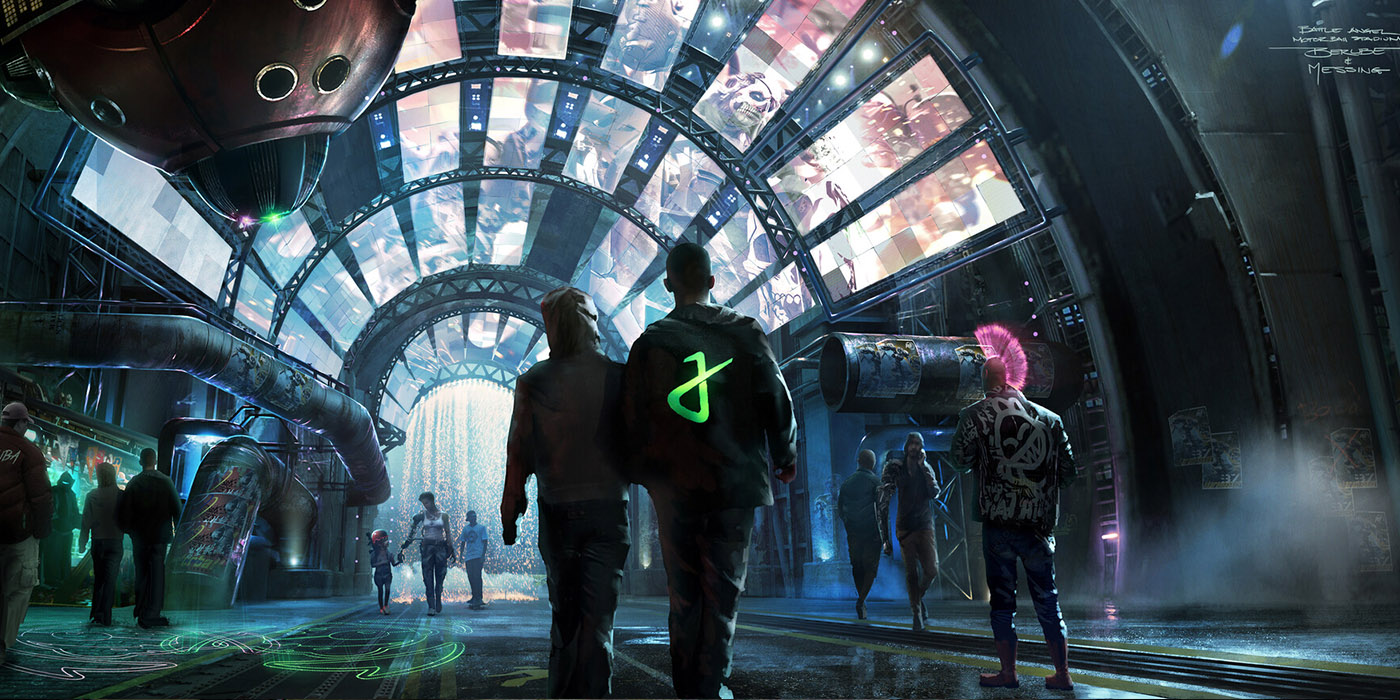 Jonathan Berube is a Canadian Director and Creative Director based in Los Angeles, California. Born in the early 80s, Jonathan grew up with the computer graphics revolution.
Over the last 20 years, Jonathan had the chance to collaborate alongside incredible teams such as Lightstorm Entertainment, Nike, Apple, Intuitive Surgical, NURO, 20Century Fox, Disney and Blizzard Entertainment to name a few…

For more than 20 years, Feng Zhu has contributed to some of the highest profiled projects in the entertainment industry. His broad design skills allowed him to reach across into many fields from hit movies, to triple-A games, memorable TV commercials and toy designs.

Armand Serrano is a Filipino-American Visual Development Artist and Production Designer for animated feature films. He is known for his works at Walt Disney Animation Studios and Sony Pictures Animation. He has been in in the animation industry for almost 3 decades. He is also known as a lecturer in the field of animation and design. He conducts workshops and demos internationally. Armand also teaches online at CG Masters Academy and co-organizer of Icon Manila together with his wife.

Armand started his career as an assistant animator at Fil-Cartoons, a Hanna Barbera studio based in Manila, just right after finishing his civil engineering degree at the University of Santo Tomas in 1990. His new-found passion for animation moved him to Philippine Animation Studio and supervised the layout department for Marvel’s overseas production of X-Men and Fantastic Four TV series to name a few. He moved to Los Angeles in the mid 90’s and took further studies in layout and background design. Armand joined the Walt Disney Animation Studios in Florida in 1996 and became a Layout Journeyman. He worked on four of the studio’s successful animated feature films: Mulan, Tarzan, Lilo & Stitch and Brother Bear. In 2004, Armand joined the crew of the newly formed Sony Pictures Animation.

During his nine years stay at Sony, Armand completed a total of fifteen projects including Surf’s Up, Cloudy With A Chance Of Meatballs, Arthur Christmas and Hotel Transylvania. He also collaborated independently in visually developing Escape From Planet Earth for Vancouver-based Rainmaker Entertainment and production design on soon-to-be-released Animal Crackers for Blue Dream Studio Spain. Armand moved back to his home at Disney Animation Studio in 2013. His latest credits with Disney include the award-winning Big Hero 6, Zootopia and the 2017 featurette, Olaf’s Frozen Adventure.
Armand is also a sought after concept designer for games and TV commercials with clients that include Riot Games, Blizzard Entertainment, Blur Studio, Reel FX, Laika House, Charlex and 321 Launch.

Mateusz Urbanowicz was born (1986) and raised in Silesia, Poland. Studied electronic engineering until he found out that making art can be more than a weird hobby while working with the makers of graphics tablets: WACOM. He finished Computer Graphics at Polish Japanese Institute of Information Technology, and thanks to a Japanese government scholarship, moved to Kobe, Japan to study animation and comics. Graduated with honors from Kobe Design University with a short animated movie called « Right Places ».

From 2013 he has been working as a full-time background artist in the Comix Wave Films animation studio in Tokyo. Taking part in making of TV commercials, animated TV series (for example « Space Dandy ») and feature-length animated movies (like « Your Name. »).

Rosana Sullivan joined Pixar Animation Studios in April 2011. She worked as a story artist on “The Good Dinosaur,” and the Academy Award®-winning feature film “Coco.” Sullivan also directed the SparkShorts film “Kitbull” that debuted in February 2019.As a story artist, Sullivan provides visual storytelling to a project’s script pages, utilizing compositional staging, environment, and character blocking. Each story board aims to maximize drama and entertainment, while making the story point clear as possible. Story artists have to draw characters acting, camera moves, and very limited effects animation to sell an idea or emotion.

Emmanuel Shiu began his career in CG as a generalist at Lucasfilm, going on to work as a matte painter and then matte painting supervisor at The Orphanage, and as a concept artist at ImageMovers Digital.

Andrew L Schmidt is an Emmy and Annie nominated director with over 25 years experience in the animation industry. Throughout his career he has had the pleasure of working at many of the major animation studios such as Fox Television Animation, Disney TV, Dreamworks Feature Animation, Warner Bros., and Pixar Animation Studios and has amassed a long list of film and television credits including The Prince of Egypt, The Iron Giant and the Academy Award winning films Wall-E, Ratatouille, Up and Toy Story 3.

In addition to production work, he has lectured and held animation/acting workshops in the US and Europe.

Mark Osborne is a a two-time Academy Award-nominated filmmaker, a Guggenheim Fellow, and has been awarded the Chevalier of l’Order des Arts et Letters for his cultural work on behalf of the country of France. He most recently directed and Executive 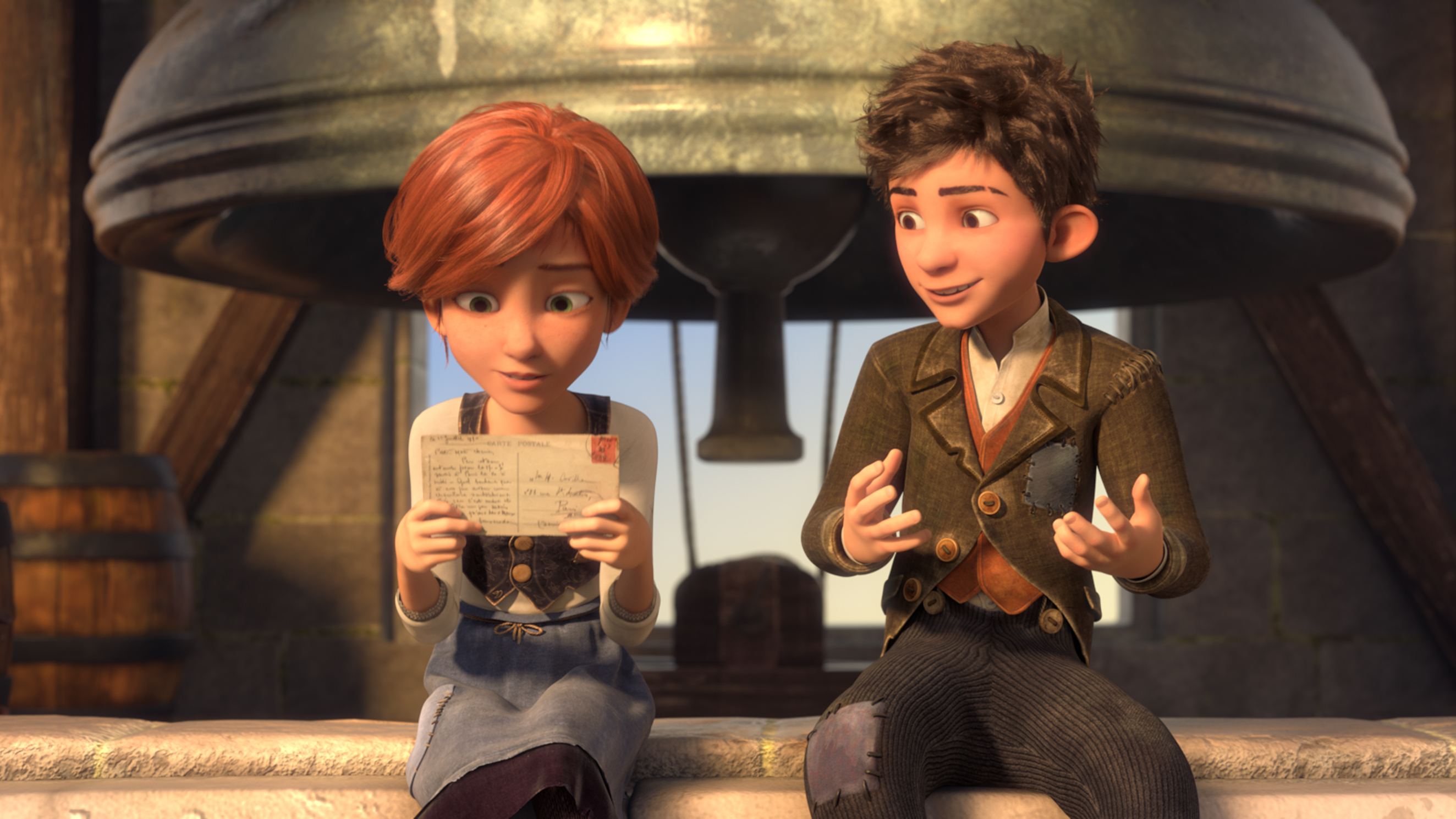 Jericca Cleland is a writer-director of original content for film and television. She developed her filmmaking skills as a cinematographer in the story-centric environment of Pixar Animation Studios where she designed filming and staging for the popular and award-winning feature films Finding Nemo and Toy Story 2.
Since then, she has worked in various capacities both independently and for other major studios, including Sony Pictures Animation, Aardman Animations, and Walt Disney Animation. Recently, Cleland contributed to films like The Breadwinner and Ballerina and is involved in the upcoming Wolfwalkers, Voyagers of the Enchanted Forest, and Fireheart. Her work spans a variety of styles, genres and media—she is known for story-driven design and is drawn to express material as best suits it. Collaborators and clients include Cartoon Saloon, Warner Brothers, Legendary Entertainment, Electronic Arts, Microsoft Games, Psyop, and Oculus Studios.

Ruairi Robinson is an Irish filmmaker and CG artist based in Los Angeles. He divides his time between commercials and narrative filmmaking, both of which frequently feature animated CG creatures, large and small. Ruairi began his film career in post production and visual effects before moving into directing commercials and films. He is extremely experienced in 3DS MAX, Vray, Phoenix FD, After Effects, Photoshop, Premiere, Final Cut Pro, Da Vinci Resolve, and whatever else gets the job done.
His first short film, Fifty Percent Grey, about a deceased soldier humorously trapped in a karmic loop, showed at over 70 festivals, including the Sundance Film Festival, and was nominated for an Academy Award for Best Animated Short Film

His follow-up, The Silent City, starring Cillian Murphy, marked Ruairi’s transition into directing live action, and gained him representation in the US, and a development deal with Warner Brothers. In 2012 he won Best Narrative film at the Vimeo Awards for his science fiction short film “BLINKY” (starring Max Records from Where the Wild Things Are).
His debut feature film “THE LAST DAYS ON MARS” (starring Liev Schreiber and Olivia Williams) was featured at directors Fortnight in the Cannes Film Festival in 2013.

And that’s just a beginning …

Learn, Share and Connect with Legendary Artists and Studios